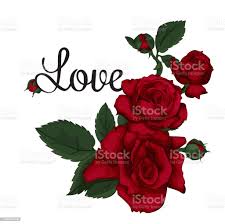 She was elected to the Smithville City Council in 1987 after a civil service career in Washington D.C. with the Occupational Safety and Health Administration and the Department of Labor.

During her time on the Smithville council, she served as mayor pro tem before resigning in 1994 to serve as a LCRA board member.

“Clinton Marie Wright is recognized as a distinguished citizen of Smithville who has served at the national, state, and local level in governmental positions, managed a business and continued her work in the community after retirement,” a city of Smithville proclamation honoring Wright states.

A 1994 LCRA news release states that Wright was sworn in as a board member Feb. 10, 1994. Bastrop County Judge Randy Fritz administered the oath office.

Wright was appointed to the LCRA board by Gov. Ann Richards to fill the unexpired term of Cecil Long, who died in December 1993. She served until February 1997, when the term ended.

Wright was born in Smithville on Nov. 2, 1929, to Ivy Ruth Smith and Carl Lee Deary. She began her education in Smithville but graduated from Temple High School at 16 after her family relocated to that city, according to Smithville’s proclamation.

When Wright retired from the federal government, she relocated to Smithville and helped her mother Ivy Ruth Pendergrass and step-father Thomas Pendergrass Jr. manage their business, Pendergrass-Peoples Mortuary.

Wright later inherited the funeral home and served as owner, funeral director and licensed embalmer, according to her obituary. She also inherited a pre-need burial insurance business.

Wright was an active Smithville resident, having served on the council for about seven years as well as on boards of committees and civic organizations, including the Smithville Noon Lions Club, the Smithville Savings and Loan board of directors, and the CenTex Family Services board, which reorganized and developed the Head Start Program in Bastrop and other counties, according to her obituary. Wright also served on the board of Court Appointed Special Advocates and was one of three Bastrop County Martin Luther King Holiday Commission founders in 1989 along with Dock Jackson and Gladys Ward.

To send flowers to the family or plant a tree in memory of Clinton Marie Wright, please visit our floral store.